There’s one question everyone keeps asking after my first trip to Slovenia. And that question is, how did you come up with the idea to go there? So, I’d like to tell you a story about it.

It all started in summer of 2017. I was hanging out in our living room, and my parents just randomly told me they found a language course for me. I have recently finished the course of Arabic, and I previously took French language classes for the trip we went on. So I expected the course to be linked to one of those two options. Let me tell you, we have never even discussed the idea of Slovenia or something along those lines before. And they just casually let me know they found me Slovene language courses!

I guess it’s safe to say I was beyond shocked, I didn’t even know a HI, MY NAME IS at that point. You know, just basic stuff you need to communicate with people. But apparently mom and dad always know best! They wanted me to enrol at some course in Slovenian university later (due to potential family reasons), graduate and translate Slovene for them. Because if you’re good at foreign languages at school, you’ll be good at any language by default. Yes, I could sing different parts of my favorite song in a few languages at once just after listening to it a couple of times, so…?

So I went to Slovenia for two weeks to study the language. And in the first class, we had to introduce ourselves. I was in the group with the people from different countries, (which was a plus at that point) and thank the universe I didn’t get to talk first. I had a chance to memorize a few sentences in Slovene and said the rest in English. But everything turned out great. And I made some friends as a bonus!

Next time I went to take a longer course to prepare for the university (which I didn’t study at, but that’s another story). I was now with the Russian classmates, and that was really cool, because we all spoke the same language in our everyday lives and had a lot to talk about except for the foreign language. I met some great friends then as well, and we still keep in touch after more than two years. We keep practicing Slovene just for fun now (and you never know what might happen!).

All of that wouldn’t be possible if it wasn’t for my parents’ weird but brilliant idea. So thanks mom and dad for making me go to the completely unexpected country. I might not study there, but it definitely earned me great friendship! And thanks friends for still being there for me and for your support! I love you all.

One thought on “Why the Slovene language” 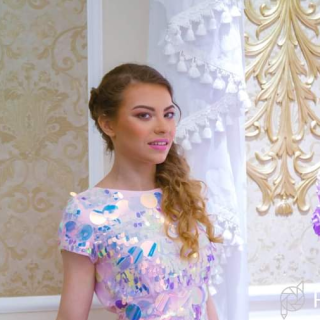 A fan of minimalism and reading. Happen to have a degree in journalism.

The Unicorn Who Saved the Magic

Law of attraction: how the vision board changed my life

What languages do you speak?📜

Do you know them?👀

Portfolio
Together We Learn More

A Podcast about Language Teaching and Applied Linguistics

Podcast and Blog for English Learners!

I Talk You Talk Press EXTRA

A blog for teachers