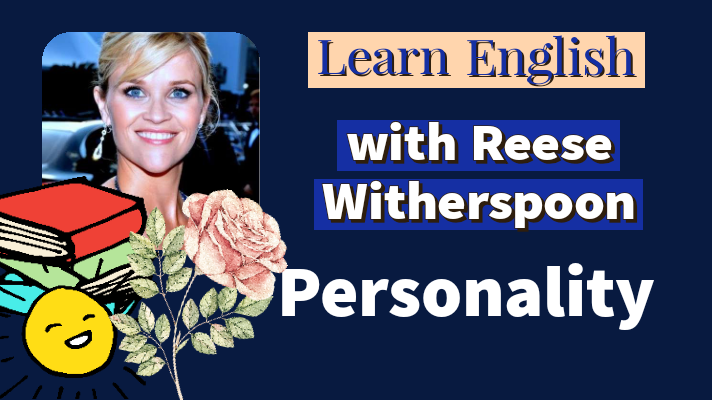 Watch the video. Why was the man surprised?

Elle is quite talkative

I get quite __ these days than I used to be.

So, on the left negative character traits and on the right positive ones 🙂

Watch the video. What job does Andy want?

Watch again. Which phrases does Andy say and which are Miranda’s?

What are you doing here?

And before today, you have never heard of me?

You have no style or sense of fashion

I was editor-in-chief of the Daily Northwestern

I don’t fit in here

I’m smart, I learn fast and I will work very hard

Complete the gaps with suitable words:

Miranda Priestly is an ___ of Runway, a fashion magazine. Andy wants an __ job at Runway and she meets Miranda. Miranda learns that Andy has never ___ about her or her magazine Runway before. Also, she thinks that Andy has no style or ___ of fashion. Andy says that she doesn’t __ in here, but she will __.

Do an interactive video exercise on Runway interview!

Can a person be discriminated at work due to race or cultural background? What would you do in this situation?

Additional listening and reading about character and personality

Hi. I’m Rebecca from engVid. In today’s lesson you’ll have a chance to learn 10 expressions that are used to describe people at work. Now, these are quite commonly used expressions by native English speakers, so if you work in an English-speaking business environment then it’s quite likely that you will hear some of these expressions. Okay? Let’s get started. So, I’ve kind of divided them up for you. So, some of them are positive, some are negative, and some are neutral. What do I mean by that? It means: These people we are happy to meet, these people we are really not very happy to meet, and these people we just…Where it’s okay, we’re just using these expressions to describe them. Okay? We have no feelings, positive or negative. Okay.

So let’s look at the people we are happy to meet. So, the first one is a “whiz kid”. What’s a whiz kid? A “whiz kid” is a term that we use to describe usually a young person who’s quite brilliant, very intelligent, very successful, very talented, and you know that he’s on a path to a lot of success. So, often we talk about like a computer whiz kid, a young person who’s got lots and lots of talent. You probably know people like that. Okay? So that’s a whiz kid. Next.

The next one is an “angel investor”. What’s an angel investor? Well, if you have a startup company or a new company that you want to start, you would love to meet an angel investor because this “business angel”, as they’re also known as, is someone who’s usually rich and they’re like a sponsor and they put money into your business. They are ready to invest money into your ideas, into starting your company, and so on. So these are called “angel investors”. So if you want to start a business, you’re probably going to be very happy if you meet one of these people. Okay?

Next, let’s move over here to the people that we’re usually not very happy to meet at work. The first one is called a “smart alec(k)”. Who’s a smart aleck? A “smart aleck” is somebody who thinks he or she knows everything. Have you ever met such a person? They are just so extra confident, and they tell you everything as if they know everything. And usually people aren’t very happy to meet those kind of people too much. Okay? And they called them “smart alecks”. Sometimes it’s written: “alec” and sometimes “aleck”, doesn’t matter. Usually we don’t write this word. We usually say it. Okay? “Oh, he’s a smart aleck. He thinks he knows everything.” Okay? That kind of thing.

Next one: “rotten apple”. So, what’s a rotten apple? If you can imagine a bag of apples and in the middle there’s one that’s not good. “Rotten” means bad, spoiled. So what will happen to all the other apples around that bad apple? Well, after some time all of them will start to go bad a little faster. Right? So when we call someone a rotten apple we’re trying to suggest that this person has some rather unpopular, not very honest, is kind of dishonest, he’s bad, he’s corrupt, and he’s also influencing people around him, his colleagues or workers to think or act in the same way. So this person is usually quite a troublemaker as far as the organization is concerned. Okay? So that’s a rotten apple, a person who is kind of corrupt and has bad ideas, and is also influencing people around him or her in a negative way. Okay? You might know some people like that.

Okay, what’s a “faster talker”? Well, it’s not somebody who talks…Speaks very fast, no. When we say: “fast talker”, we mean somebody who is very good at convincing people and persuading people, but he’s not always…He or she is not always very honest or moral about it. He doesn’t really care…This person doesn’t really care if they’re selling you something which is not good, or which is actually bad. They don’t care. They may lie, they may present it as very good. They’re very good at that, but they’re not necessarily selling you something in your interest. It doesn’t have to be a salesperson, but often we refer to salespeople like that because sometimes they’re trying to sell us something which is not good, although many salespeople are selling us good things. Okay. So that’s a fast talker.

Now let’s come to some which are kind of neutral, they just describe different people. All right? The first one is: “head honcho”. So the word “head” gives you an idea. The head honcho is like the main guy at the top of the company, a top executive, the person in charge, and this person has a lot of authority, responsibility, and influence. Okay? “Head honcho”, that’s the name for that person. Okay.

Another one here: “pen pusher”. Sometimes also known as a “pencil pusher”. So, this is just a regular employee, maybe a clerk who has a rather boring job just filling out forms, doing ordinary clerical administrative work. Not very interesting, but of course it’s necessary in organizations to have a lot of people who are pen pushers. So sometimes a pen pusher is also used to refer to someone who just has a boring job. Okay? All right.

Now, I know we did a lot of them, but let’s see if you remember some of them. So, what’s a rotten apple? What’s a rotten apple? Is it something good? No, we know that. So this is someone who influences people around them in a bad way. Okay? If you have a business, if you have a new business, who would you be very happy to meet, especially if you need money to start your business, to launch your business? That would be an angel investor. Okay? Good. Now, if you need to understand some statements and analyze numbers, who are you going to go to in your company? Probably a number cruncher. Right, really good. Who’s that very smart, young person who just joined the company, he’s so brilliant, everybody’s talking about him, he’s so talented? That’s the whiz kid. Okay? Good. What about somebody who’s trying to sell you something and he doesn’t care if it’s actually true or not, and he’s really good at convincing people? Who’s that? That’s the fast talker. Okay? Who’s the person who informs the police that something improper is happening within the company? Who’s that? That’s a whistle blower. Which poor person has a really kind of boring job, filling out forms, doing very routine, clerical work? That is a pen pusher or a pencil pusher. What’s the name of the top guy in the company who has…? Or woman who has…? Sometimes in English when we say “guy” it actually refers to a man or woman. Okay? So men or women. Who’s the top person in a company that has a lot of authority and influence? This is the head honcho. Okay. So, now, the important thing is we’ve gone through it once. I…Maybe you’re taking notes. But what you can do is if you go to our website, http://www.engvid.com, you can do two things there. First you can do a quiz on this. Okay? So that will help you-right?-to practice and get a little bit better. And the second thing is that I have written for you a resource where all the meanings of these are given, and there are many, many more, there’s probably around 50 such terms that are used in business which you can download for free from our resource section. Okay? That way you can learn these and also practice a lot more expressions like that. Okay? Thanks for watching. Good luck with your English.

People at work and their character idioms

Learn more work idioms about people at work and do exercises!

This week I started working in a new office. It’s very busy and lots of people work here. Eric works in my department. I like him because he is helpful and kind. Yesterday we went for lunch and he told me some funny stories. He’s so humorous. Sharon is my boss. I like her because she is outgoing and honest. It’s very easy to talk to her. Greg works in the finance department I don’t like him because he is selfish and argumentative. He got angry when I asked him for some help. Amy works in the marketing department she’s talkative so I like talking to her. Sometimes I’m a bit shy though so I just try to be polite. We go to lunch together sometimes.

Answer the following questions based on the video that you just watched.

1. What did she start this week?

2. How does she describe the office?

A. busy with lots of employees

B. quiet with lots of employees

C. busy with a few employees

D. quiet with a few employees

3. Where does Eric work?

B. in the same department

A. he’s funny and shy

B. he’s angry and helpful

A. no she’s mean, rude and often gets angry

C. yes she’s friendly, honest and it’s easy to talk to her

D. most of the time she’s honest but sometimes angry

6. Where does Greg work?

A. in the sales department

B. in the finance department

C. in the front office

D. in the marketing department

A. no, he’s selfish, argumentative and he got angry at her

D. yes, they sometimes go out for lunch together

8. What does she sometimes do with Amy?

A. they hang out at the mall together

B. they go to the movies together

C. they go shopping together

D.they go out for lunch together

Watch the video one more time. Thanks for watching, see you next time. 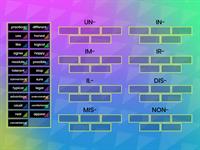 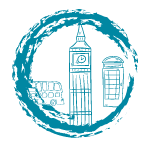 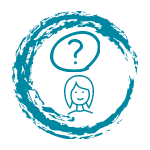